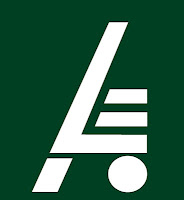 This year you will find Doepfer products at the MusikMesse (in Frankfurt/ Germany), that started today, in hall 5.1 at booth D86 of their new distribution partner Alex4.

Alex4 is Doepfer's latest partner that aims to "collect regular products and innovations from smallest manufacturers in Europe, the USA or elsewhere to promote and sell them with specialized retail partners over europe fulfilling all european regulations while trying best to go a „green“ way wherever this could be possible."


A big A-100-System is on exhibit, and the first working prototype of the Dark Energy II is shown at the booth.
Dieter Doepfer was also there today to tell more about their latest products.

Besides the Dark Energy redesign you could also see the A-157 Trigger Sequencer (or so-called 'Mini Schaltwerk') again, although it is still the same version that was shown 2 years ago at NAMM 2010.
The current state of the A-157 is that the new pcb with 8x16 buttons and LEDs is already made and that Doepfer is about to develop the controller board. There is no release date available yet.

Other newsworthy bit was that the Dark Energy 1 will probably return, because the chipmaker that made the CEM3394 chip has promised to start making those chips again. No (re-)release date yet, but i personally don't expect the return of the DE1 this year...

Most of Doepfer's OEM products, the USB/Midi-to-CV/Sync interfaces and the master keyboards were also shown, and loads of other cool hardware from the other brands.

Many thanks to 'special reporter' at MusikMesse:
@Leonathorst from http://leonathorst.tumblr.com/