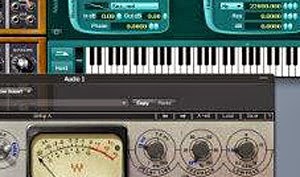 Sound Lounge brings you a balance of hardcore avant garde, atmospheric soundscapes, up to the minute contemporary, early 20th Century and a touch of art pop on a weekly basis.

In the documentary presenter James Gardner traces a personal path through the evolving world of electronic music in this six-part series – and meets some of the people who made it happen.
The show includes exclusive interviews with Suzanne Ciani, David Cockerell, Bernie Krause, Morton Subotnick and Peter Zinovieff and many more.
Finally all episodes are online, you can find them at http://www.radionz.co.nz/concert/programmes/hopefulmachines
Update November 3: (via an email from the producer)
"Over the next few weeks the website will be expanded to include full transcripts of the interviews, as well as photos, links and a few bits that there we weren't able to include in the programmes as they were broadcast.
I'll let you know when the expanded website is up and running."