I Dream of Wires Extended Interviews

"I Dream of Wires" is a crowdfunded independent documentary film about the resurgence of the modular synthesizer and is written and directed by Robert Fantinatto with Jason Amm (Ghostly International recording artist Solvent) serving as producer and co-writer. 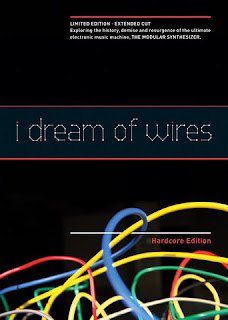 The 'Hardcore Edition', a four-hour long 2-DVD-set, was released a few months ago and distributed amongst the crowd-funders and pre-orderers all over the world.


The 4-hour long documentary Hardcore Edition is definitely worth watching/buying, but if you don't have the funds, you can also entertain yourself by watching the Extended Interviews that are still online at their Vimeo account.

If you're not familiar with the I Dream of Wires Extended Interview series, they've released 9 of them so far. See the list below.

They will be releasing one more free Extended Interview piece in 2014.